I dont often write, but was asked to do the intro for the Zine that accompanied the Red Brick Rascals DVD's. If you havent purchased the DVD (which you should have done) here is the short write up I wrote of Tunbridge Wellls skateboarding.... 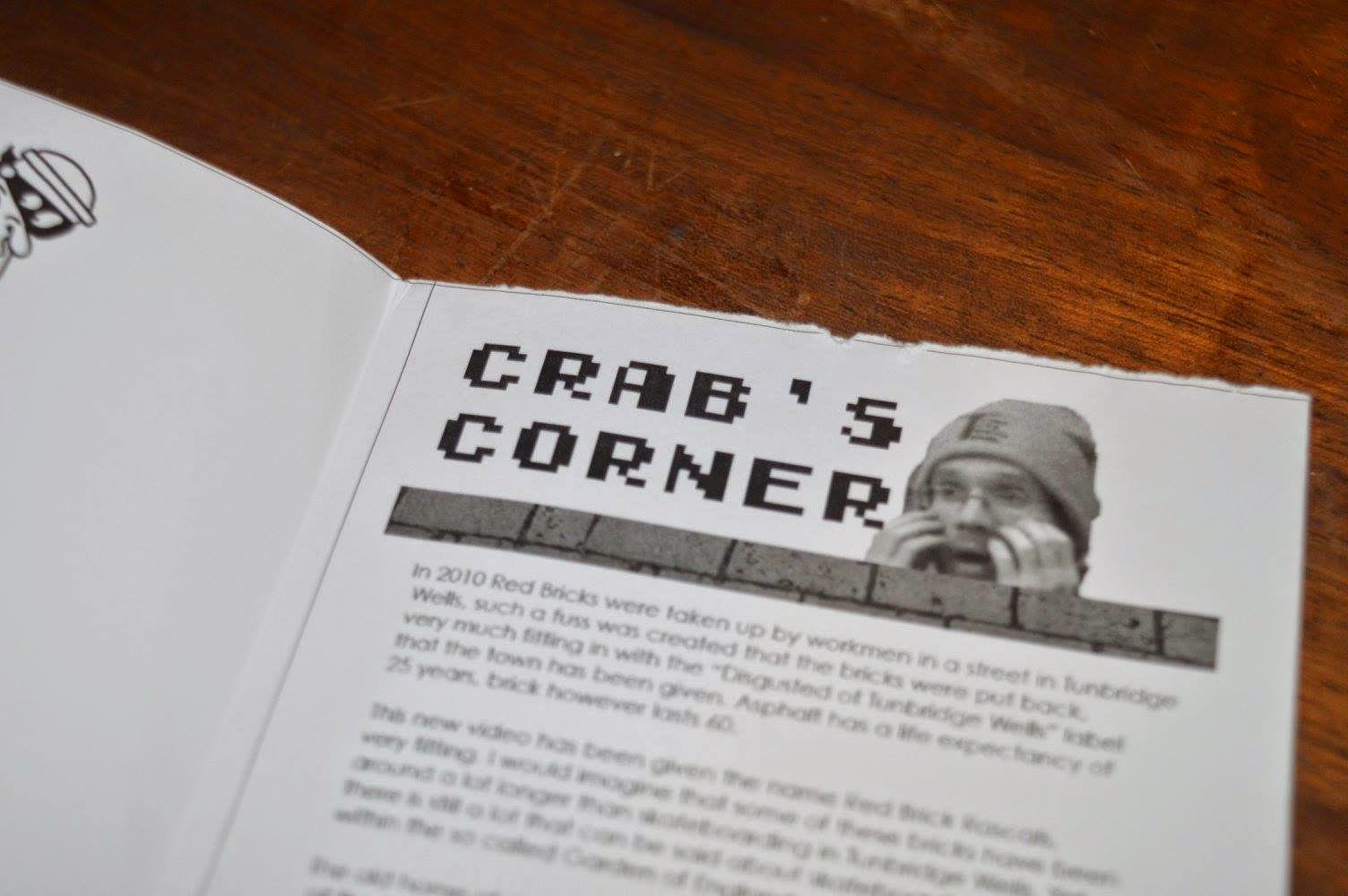 "In 2010 Red Bricks were taken up by workmen in a street in Tunbridge Wells, such a fuss was created that the bricks were put back, very much fitting in with the “Disgusted of Tunbridge Wells” label that the town has been given. Asphalt has a life expectancy of 25 years, brick however lasts 60.

This new video has been given the name Red Brick Rascals, very fitting. I would imagine that some of these bricks have been around a lot longer than skateboarding in Tunbridge Wells. Yet there is still a lot that can be said about skateboarding in this town within the so called Garden of England.

The old home of skateboarding in the town was the top story of the Safeways Car park, which co incidentally looks down on a load of red bricks. With its grotty piss smelling staircase and flat ground many hours were spent up there. As Skateboarding became more prominent around the late 90’s the council blessed us all with a metal haven of a skate park situated outside the center of town in the Grosvenor and Hilbert rec. Here you would find people rozzing around with massive baggy trousers and huge shoes. Not far away from the park was St James school which was a home to many a session until they kindly put a fence in front of the four stair.

Fast forward a few years, and we were greeted with the arrival of the world’s greatest skate shop “South” (RIP) and the “Garden” in St John’s in which the scene is now based around with more Garden Army Youth coming through, as well as the usual “Ol Din’s”

If you search for Tunbridge Wells skateboarding on some website called “Youtube” you will find many clips, edits and videos. The Scene has created quite a few full lengths, Initiative, City Life, Skateface, Sunny Tunny, Freshly Baked, Pear Shaped, Poochtage and now another. Enjoy, be disgusted or whatever you want to do."

The DVD can be picked up HERE, along with a T Shirt and Zine
Posted by crabface64 at 17:01