The Courier, Drugs and the Park

So the following article was pointed out to me:

So another Courier story about drugs, their favorite subject at the moment, lets not forget the article the other week claiming that teenagers are shooting up on Heroin in Calverly park. I would link the article but it was that badly written and contained no actual facts to back the statement up, it is a waste of your time reading.

Now dont get me wrong, hard drugs are not the greatest road to take in life and I dont condone the consuming or selling of them. But what got to me was the following picture: 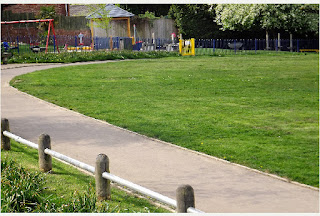 Where is that picture taken from? Oh yeah, its taken from the skatepark. Lets not forget the connotation that all skateboarders are druggies. The picture could have been taken from anywhere in the park. However its from the skatepark, are they trying to say that we are the people selling the heavy drugs? Plus the photo is probably one of mine knowing how lazy their journalism is (if anyone from the Courier reads this please correct me if i am wrong).

When was the "Garden" in St Johns park built? I skated it for the first time in sixth form so over 7 years ago. Has the Courier or any other local reporting so and so been up to St Johns park and seen how good the atmosphere is, how friendly everyone is and what that place has positively done to peoples lives? The answer is a BIG FAT NO.

Thanks, Cheers, Merci, its not a drug haven. As i have already said i don't condone the consuming or selling of heavy drugs, but that park has created a lot of positives and good memories for many people that have never been reported on.